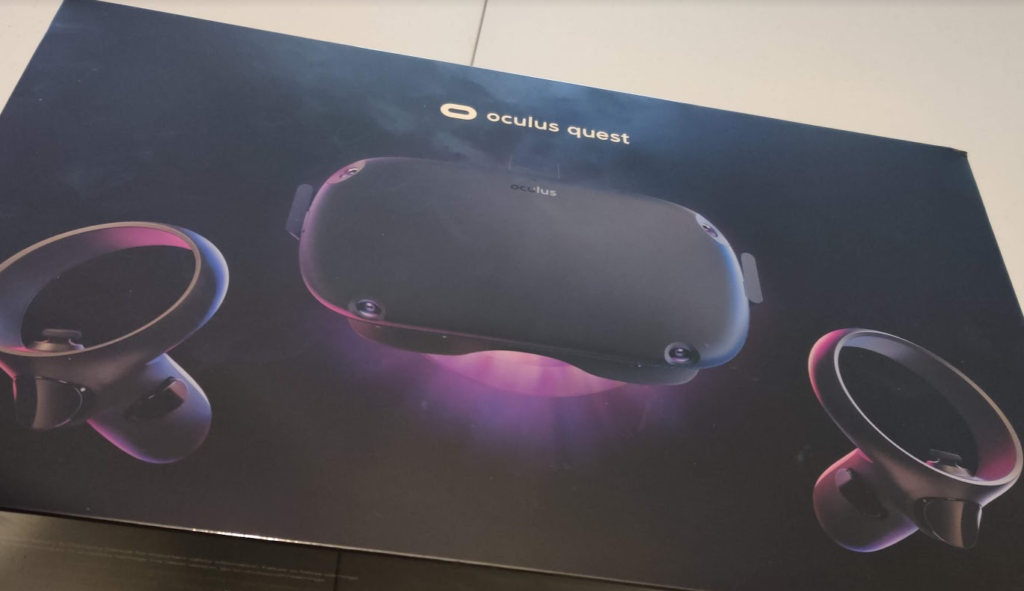 I’ve had the Oculus Quest now for about 7 days and I can tell you it has EXCEEDED all my wishes and expectations, plus more (wireless gaming)! But, how did I get here and why did I choose the Oculus Quest over the Rift S or other headsets?

Let me take you back to the beginning days of when PSVR first release. I bought one and tested it out. We liked it, but something was bothering me, and I noticed my kids (3 of them) didn’t ever want to play with the PSVR. I started to finally build up the mindset that I only liked it because of the marketing train and not of the quality. It felt, low resolution and heavy. I started to dislike it and dislike VR as a whole. After about a 1 month in; I decided to stop forcing myself to like the PSVR and sell it on eBay and called it a day on VR. The hype was gone for VR in 2016.

Fast forward to 2020 and to the game play release of Star Wars Squadrons. That game caught my eye (going back to the 90’s playing X-WING / Tie Fighter on PC) and began my journey to be curious about VR all over again. I was hesitating to be purchasing VR on that premise because I really didn’t want to be disappointed like PSVR so I did some research and found out that PSVR was low resolution compared to other headsets. I took all the screen resolutions, refresh rates, and made my own graphic comparison (I know there were others online but I was bored and wanted to do the research myself) and saw that the Oculus Quest was higher in resolution but lower in refresh rate that other sets but being able to play wireless would be a HUGE vote in my book.

When it comes to wireless, I’ve spent a few years building an enterprise grade network in my house and felt I was finally ready to test that system knowing that the Oculus Quest could be used wireless. I finally pulled the trigger and ordered from Amazon. Excited, I started ordering accessories to make sure my family and I had the best experience. After a few days of wondering when it would ship, Amazon’s guarantee shipping flew past and the Oculus Quest shipping was nowhere in sight. We decided to cancel the order for the Oculus Quest and planned another course of action.

My wife then drove over an hour across town to pick up the last Oculus Quest 128GB from a Best Buy and then back. Excited and nervous, I opened the box up and put on the headset. I closed my eyes and turned it on. I heard some sound and slowly opened my eyes and BBAAAAAAAAAAMMMMMMMMMMMM… it’s clear, high resolution and I can see! What?!?! Wait, it’s a bit blurry, oh adjust this slider, BOOM even clearer! What a beautiful site.

I immediately exclaimed to everyone watching that it was amazing and that they had to try it out. First my wife, then my youngest, middle, then the oldest… All agree, it was amazing.

So, yeah… it’s amazing and great and blah blah blah but how does it work, does wireless work, etc.?? First, the guardian mode puts my family at ease knowing the area that we’ve selected allows for stress free playing room scale games.

Now… for the next part of this adventure was being able to play wireless via SteamVR. I was really sweating inside at this point because I needed this thing to work, the whole reason of getting the Quest.

I bought a USB 3.0 cable just to be on the safe side for Quest Link. When I first hooked it up to my PC, nothing was working including drivers weren’t installing etc. (20+ years in IT). I followed all the instructions and videos and man was it annoying for about an hour and 1/2. Now, I only know v18 of the Oculus app and headset so sharing that experience to show what it was like.

Anyways, after moving the USB cable around on my computer, the Quest started working via the Quest Link USB Cable. After, I got Side Quest downloaded and communicating with the headset and working. I then proceeded to download Pavlov, Contractors and Hyper Dash but waited until the next day to test them out since it was super late at night.

Early the next day, I started Pavlov, moved into Contractors and then ended up playing Hyper Dash for the rest of the time (Hyper Dash is amazing and if you haven’t tried it… go do it now). All 3 worked like a charm and no issues but I was still needed to test the “Other Half of this Purchase” 100% wireless Steam VR games.

Prior to that, we decided to purchase Beat Saber from the Oculus Quest headset and everyone has been having a blast (wife, kids, and myself). It’s hard for me to get time in to play because everyone else is playing but I wanted to share that because of how the Quest has increased/changed our family time and gathering.

Now, I didn’t have any SteamVR games yet, so we dedicated our first purchase was going to be a test and thank goodness for the Steam Summer Sale! We purchased SuperHot and got Virtual Desktop purchased from the Oculus Quest headset store. Got the app installed on the computer and got it working. Now time to test if everything was fluid and played correctly. The reason why I got very anxious is because I’ve seen multiple reports on the web and this sub-reddit that wireless was not good at all and that I’d have to play right next to the router for it to work. Queue the results….

Well, loaded up the game and absolutely ZERO lag/latency. I walked around and tested it out… it works amazing with again, ZERO lag/latency. Also, keep in mind from the beginning of this open-of-the-box review… I had been building an enterprise network (Ubiquiti) in my house for the past few years. I’ve had the kids try out games wireless via SteamVR and they can’t even tell they are playing from my computer.

Since that test, we’ve purchased about 20 games from both Oculus Quest headset store and Steam VR (Thank you Steam Summer Sale!).

The only real gripe I have at this moment (besides cleaning the unit every single time a family member uses it [happy face]) is that the Oculus PC Store app does not allow games to be played wireless (unless I’m doing something wrong and if so, could someone point me to a guide on how to do it). If this feature isn’t in the app, Oculus should really allow it… they’ll get more money from this household.

Going forward, I will only play VR games wireless and that the Oculus Quest was the absolute right purchase for my family and our needs. A win, win for everyone.

TLDR: Had PSVR, gross. Few years later, got Oculus Quest (use for headset gaming and PC/SteamVR gaming wireless) and works perfect with no lag/latency in the house.