Alaloth – Champions of The Four Kingdoms is coming to PAX East with new content! Experience the adventure in Boston! 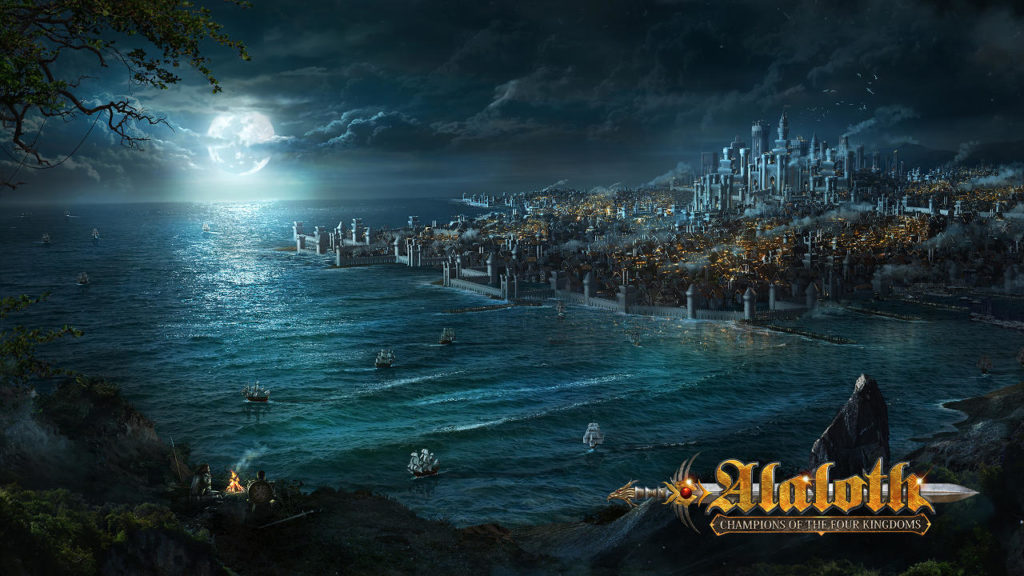 See Alaloth along with other projects published by All In! Games at booth #23017 during PAX East

Krakow, Poland – February 20, 2020. All in! Games has revealed that Alaloth – Champions of The Four Kingdoms, developed by Gamera Interactive, is going to PAX East 2020 in Boston! Visit booth no. 23017 to play the game from February 27 to March 1.

Apart from playing the game, fans will find out more about the game world at the event. Players can now read about The Blessed Kingdom of Edherest, the human realm, one of the four kingdoms.

Gamera Interactive wants to combine modern innovations in RPG gameplay with isometric classics. While the developers were mainly inspired by games such as Baldur’s Gate and Pillars of Eternity, Alaloth was also influenced by Game of Thrones and its political landscape. There are many different Houses in the game, fighting for power, prestige and influence, which players will see unfold.

Alaloth promises over 40 Houses, each of which gives the player a different perspective on the world. The vibrant world was created with the support of the RPG veteran Chris Avellone.

All in! Games and Gamera Interactive plan to release Alaloth in 2020 on Steam and Xbox One, aiming to deliver a polished finished experience in respect to scale and content.

The title character, Alaloth, is a dark god who turned on his pantheon and came to the mortal realms. There he lies imprisoned in the Valley of Storms, where the four great kingdoms of humans, orcs, elves, and dwarves intersect. From the Valley’s heart, he spreads evil throughout the kingdoms, determined to extinguish any light of hope for all who call this world home.

Beasts of all kinds thrived well before Alaloth’s coming – it is said his fall to the mortal realms merely awoke some that slumbered – and caused others to go mad, which began their migration back to the Kingdoms. Others, however, are known to have been created by Alaloth himself, especially in places where his blood struck the ground or was carried by the wind.

The world of Alaloth comprises four vast territories. To the northwest lies The Goldwood Forest and The Republic of Larastir with elves keeping the secrets of the gods safe. To the northeast are the mountains named The Fangs of Kemot, home to dwarves that inhabit this great rocky territory: Karak-Hohn. To the southwest you will discover the wastelands, the Desolation of Baga, where orcs command. Southeast humans brought civilization to an age of gold with a huge bay area of cities, merchants, and prosperous growth: The Blessed Kingdom of Edherest.

The Blessed Kingdom of Edherest

Edherest, the human realm, was once a pious kingdom. The people of Edherest kept their faith for hundreds of years, standing strong in the face of the wounding of the Gods and the fall of Alaloth.

This lasted until the Tempest – a great storm brought about by Alaloth, attempting to break free from the Valley of Storms. The Tempest led Edherest to realize that faith would not protect them from Alaloth. They ostracized their priests, whose counsel they used to seek before. Once called “the Blessed Kingdom”, Edherest lost its way. Peace between the Houses became fragile.

After the priesthood lost its significance, the number of mages in the kingdom rose and gained prominence, overtaking the religions of the past. This hasn’t made knights, soldiers, or other branches of the military obsolete – each House keeps a standing army. Most soldiers resent and distrust mages because of their elevated status, lack of military training or lack of tactical sense. Moreover, a mage’s magic isn’t selective in who it hurts on battlefield – once they unleash it, allies are often the ones who pay the price.

What made the Blessed Kingdom abandon its faith in the hour of need? Torn by the conflict from the outside and within, how will Edherest face the threat of Alaloth?

Alaloth – Champions of The Four Kingdoms is a high-fantasy RPG set in a dark world inspired by the darkest period of The Middle Ages. It’s a story about great warriors, war and epic fights. Players take on the roles of mighty heroes (or villains), undertaking quests, building reputations, and gaining ancient relics and secrets that will allow them to triumph. The challenge doesn’t end after the first playthrough – new game modes are activated after finishing the game for the first time, giving players even more options for exploring the kingdoms and customizing their characters. Alaloth brings the ARPG dynamics to a new level with a skill-based gameplay in a gritty, dark, mature environment filled with magic and blood!