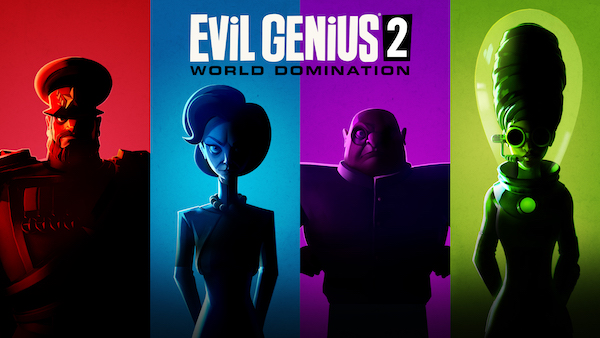 Following the EVIL GENIUS 2: WORLD DOMINATION debut trailer, the Rebellion henchmen have been up to further no-goodery!

They’ve released a special developer commentary video, with the wicked aim of revealing the delicious secrets lurking within the E3 reveal trailer.

The 13-minute video features Ash Tregay (Producer), Richard Edwards (Lead Designer) and Ian Pestridge (Art Lead). Like a supervillain giving their delightfully evil monologue, the commentary video goes into lots of detail about what to expect from the lair-building sequel.

More Evil Genius 2 intel will be declassified at E3 2019, where Rebellion are showing the game to press for the first time ever.