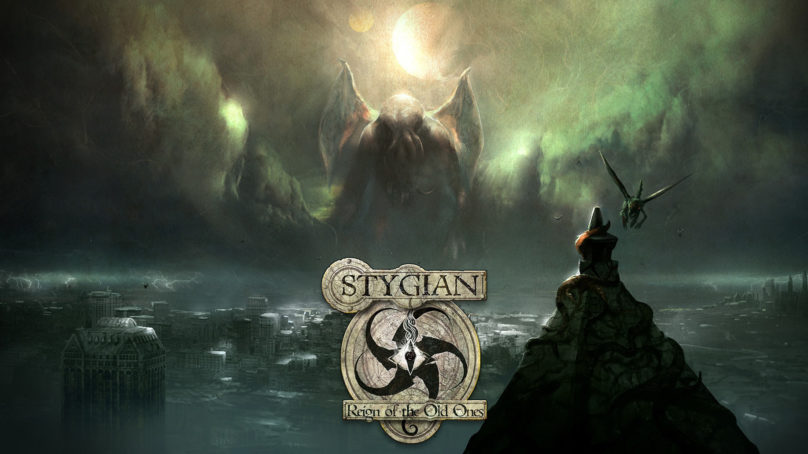 Lovecraftian horror CRPG, Stygian: Reign of the Old Ones, descends upon Steam on September 26

Break down the barriers of reality in this hand-drawn take on the stories of H.P. Lovecraft

Prague, Czech Republic — 31st July, 2019 — The town of Arkham. Unspeakable horrors from beyond the veil. A… release date on Steam? Open your mind to Stygian: Reign of the Old Ones, a cosmic horror CRPG set to wrap its tentacles around PC gamers on September 26, available for $29.99 USD (24.99 EUR) on Steam. Drawing directly from the works of H.P. Lovecraft and employing a gorgeously grotesque hand-drawn visual style, Stygian offers a turn-based RPG in a broken and mysterious world.

Step into the 1920s as you create your own character based on one of eight different archetypes pulled from the pages of cosmic horror history – from the academic to the occultist – each with their own unique attributes, skills and belief systems. These belief systems in particular determine how your characters cope with the warped reality of the world around them. This, like the classic CRPG titles that came before it, provides players with an open-ended narrative to unearth as they attempt to find sense in the mysterious otherworldly happenings that have befallen the town of Arkham.

Faithful to its mind-rending subject matter, combat in Stygianis understandably tense. Featuring strategic, turn-based combat from a 2D perspective, players will come face to face with everything from fanatic cultists, to monstrosities that are so horrifying that we’ve been instructed not to describe them for your safety and well-being. Balancing physical combat that’s inconsistent at best against creatures from beyond and powerful eldritch spellcasting that has dire consequences on one’s mind, combat in Stygian deftly matches the cosmic horror experience that surrounds it.

Stygian: Reign of the Old Ones arrives on Steam on September 26, following its successful Kickstarter funding. For those attending Gamescom, be sure to stop by 1C’s booth for a chance to get your hands on the game early and experience the terror for yourself!

The struggle in Stygian is not to save the world, for that battle is lost already. Pursue your own goals in these end times: salvation, vendetta, or perhaps something darker.

Mutant Year Zero’s First Expansion, Seed of Evil, is out on PC, PS4, XBox One, and Switch!