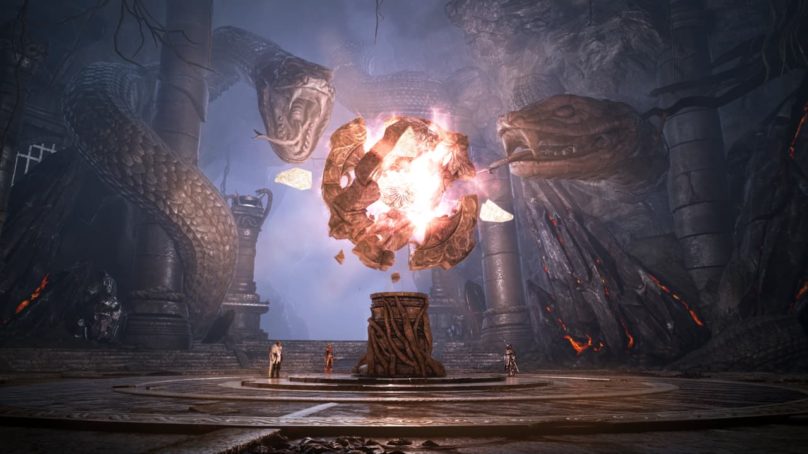 Altar of Blood is a new defensive horde mode that is played by a team of three players. The party will have to defend the eponymous altar from increasingly powerful enemies over the course of multiple rounds. Every round a new boss will spawn that must be bested by the party. Players will have to use all their skills to the best of their ability and work in tandem to emerge victoriously.

Altar of Blood features ten rounds and can be undertaken by players from level 56. At the end of each round, the participants will be awarded a ‘Forgotten One’s Legacy’ that can be exchanged for Gold Bars, Black Stones, Caphras Stones and a chance at getting an armor box that can be opened for gear of various rarities and power.

The later stages bring some of the most fearful monsters. Players can expect higher rewards for their solid tactics and cooperation. Popular items such as Caphras Stones, Advice of Valks, etc. can be obtained with Challenge rewards.

A special event for conquering the Altar of Blood will be available with its release. For a limited period, players can participate in the new defense mode for Advice of Valks(+50), a special in-game title, and more. For more information about Altar of Blood, visit the official site at www.blackdesertonline.com.

PS4 Gamers Under Attack from Billions of Infected Zombies