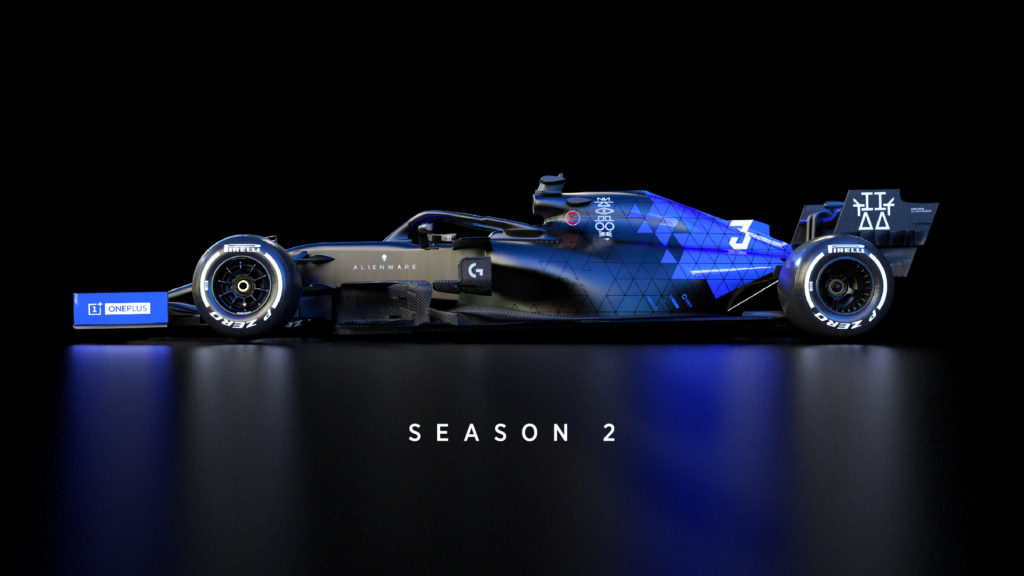 Wednesday 29th May 2019 – McLaren today announced the season 2 launch of the McLaren Shadow Project, the most inclusive and diverse esports racing competition on the planet, which attracted more than half a million competitors in 2018. The competition format, which will span multiple games and platforms, continues McLaren’s search for the brightest and best racing talent in esports.

From early July, gamers around the world will be able to enter qualifiers via mobile, PC, and console on the respective titles – Real Racing 3, rfactor 2 and Forza Motorsport 7 – as well as via multiple rounds of the Logitech G Challenge around the world to be in with a chance to be crowned the 2019 McLaren Shadow Project Champion. The prize offers winners once in a lifetime experiences and prizes including a seat on McLaren Shadow esports team and access to the McLaren DNA driver development programme. In addition to going racing with McLaren, the champion will have a custom sim-racing set up installed in their home with help from McLaren Shadow Project partners, Logitech G and Alienware.

Alongside the online qualifiers, motorsport fans and racing gamers will have more opportunities to engage with McLaren Shadow Project in key markets across the world. Physical qualifiers will also be taking place later in the year with details to follow soon.

Winners from each qualifier will be invited to the McLaren Technology Centre in Woking UK in early December for the grand finals. As well as game play, finalists will be put through their paces in a programme that truly shadows McLaren’s real world. They will be put through the same tests an F1 driver faces by the Human Performance division of McLaren Applied Technologies, and even get out onto a real-world track behind the wheel of a McLaren Automotive supercar.

In January 2019 20-year old Brazilian Igor Fraga won the McLaren Shadow Project. Igor has over 16 years of racing experience, competing in more than 200 races across multiple platforms and spanning four continents in his trailblazing career. His journey has taken him from karting through Formula 3 to esports and sim racing, with an unrelenting ambition to one day reach Formula 1. He is currently racing in the all new European F3 Regional Championship.

Alongside searching the elite end of the talent pool, this year’s programme is also focused on engaging a broader, more diverse audience with the fun of racing gaming – with new initiatives including a monthly magazine show, keep an eye on mclaren.com/esports over the summer as these initiatives are announced.

“We’ve said before that the transference of skills between virtual and real racing are both direct and profound. Seeing both Igor and Enzo [Bonito – another member of the McLaren Shadow team] racing single seaters is incredibly exciting, and we couldn’t be more excited to launch the second season of the McLaren Shadow Project.

“Following the success of last year’s competition, we’ve been working hard off-season with our best-in class technology and gaming partners including Logitech G, Alienware and Sparco to deliver a format and prize that excites and engages gamers and fans around the world. We are looking forward to the qualifiers kicking-off soon and seeing who we get through the qualifiers to join us at finals in December.”

“At McLaren we’re proud to be at the forefront of esports, and McLaren Shadow Project season 1 exceeded all expectations. Our experience across the McLaren Group puts us in a unique position to be able to deliver a competition of this calibre and one that truly shadows McLaren’s real-world racing programme. It connected us with new audiences, partners and generated a huge amount of excitement internally. I’m looking forward to seeing how this year’s talent shapes up.”

To keep up to date with the latest competition news, including qualifier details please follow the McLaren Shadow Project YouTube series.

The Gamer Show 4 weeks ago