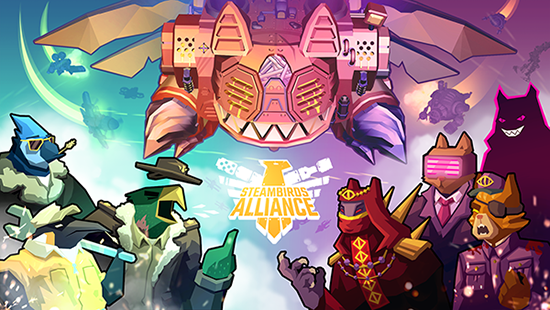 Pick a bird, make a new friend and fight some kittens.

Spry Fox’s latest gem, Steambirds Alliance —the spiritual successor to the company’s hit Realm of the Mad God is launching officially on Steam today. After 6 years of development and a solid beta that saw over 10,000 players, the team at Spry Fox has fine-tuned the game to ensure the best possible experience. The final release includes a ton of content and, thanks to the brand new dungeon-mods, endless replayability.

Steambirds Alliance is a free-to-play, massively-cooperative, bullet-heck shooter that pits you and dozens of friends—pilots fighting for the bird rebellion—against the evil Meowza and her vile feline empire. Spry Fox has worked hard to prioritize fun team play, satisfying loot progress, and a balanced difficulty level to ensure everyone can play. Experience hundreds of unique enemies, a wide variety of secret missions, and many distinct plane types for you to unlock and master.

Some of the great new content and features added during beta include:

In addition, the team has added many quality of life improvements like:

Dive on into Steambirds Alliance and start ruffling some feathers today!

Battlefleet Gothic: Armada 2 – Play for free on Steam until August 26!