The Invasion Was Successful: Destroy All Humans! gets new Accolades Trailer 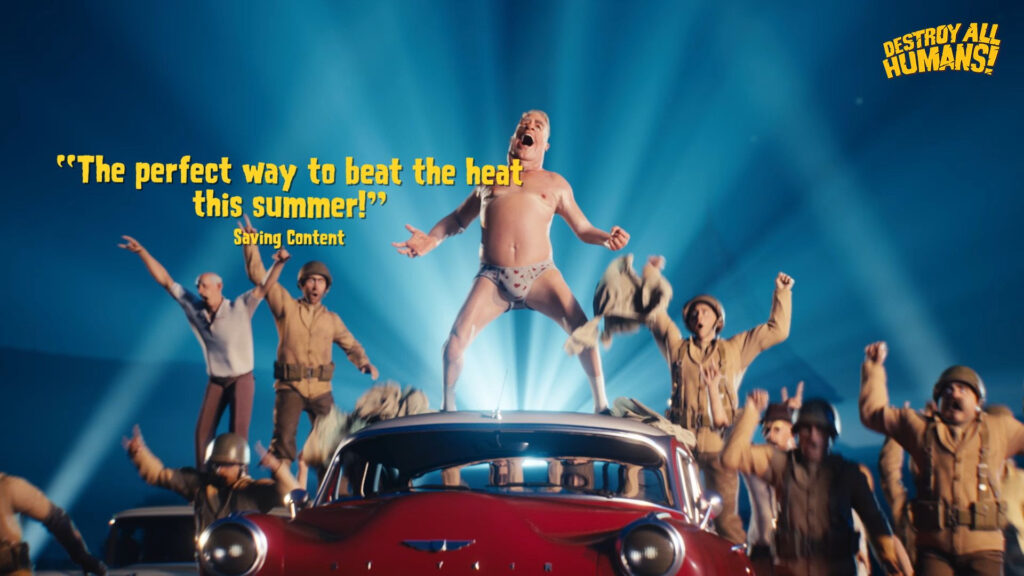 Vienna/Austria, Offenburg/Germany, August 10th, 2020: Great Job, Cryptosporidium-137! You have infiltrated the hearts and minds of these puny humans! Even their smartest scientists, calling themselves “gaming journalists”, are impressed with the Furon invasion! Not to mention the thousands of players who are camped in front of their entertainment machines, playing Destroy All Humans! all day and night! This is how you lower the defensive capabilities of a target planet – let’s lean back for a moment and enjoy their enthusiastic praise:

In his new video series, Cryptosporidium-137 is delighted to show off his fine arsenal for the extermination of mankind. Starting with the “Disintegration Ray”, you will find a new weapon showcased every week on THQ Nordic’s YouTube-Channel

Crypto’s adventures lead him to some interesting fictional places in the United States of the flaming 50s. In the new “welcome to” series, THQ Nordic will present the famous locations one by one, from the Turnipseed Farm and Santa Modesta to Area 42 and Capitol City. All “welcome to” videos are available on THQ Nordic’s YouTube

We know, most of you humanoids can’t wait to witness the glory of the Furon Empire, so here’s your chance to play the Destroy All Humans! Demo for PC today, you can download it via Steam or Gog.com.

PrevBackBohemia Interactive Joins Humble Bundle with Awesome Game Deals in Support of Charities
NextThe most gut-wrenching robbery of a win ever seen in Fall Guys!Next
Back to Home Page