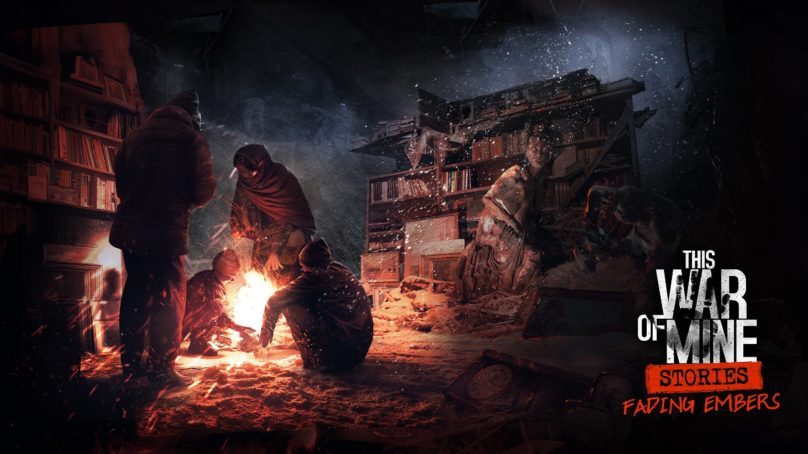 This War of Mine’s Newest DLC ‘Fading Embers’ Out Now

Warsaw, Poland – August 6, 2019 — The newest narrative-driven expansion for This War of Mine, Fading Embers, is out now on Steam. Available for $3.99 USD, the third installment in the This War of Mine: Stories series portrays the story of Anja. Living in a war zone and carrying a heavy burden, Anja wrestles with herself to answer the question of what is more important – survival of human legacy or the survival of a man.

Fading Embers contains a ton of new content including new locations in the city of Pogoren and its vicinity, new shelters people can live in, enhanced locations from the original game, and new playable survivors and citizens. Most importantly, the structure of Fading Embers brings new ways to experience the narrative with a non-linear structure leading to multiple endings based on the player’s decisions. Since the main theme orbits around human legacy, new gameplay mechanics introduce collecting art, deciding on its fate and more.

Lead Artist of Fading Embers, Tomasz Kisilewicz, “The new This War of Mine: Stories episode touches on the subject of cultural heritage and what it means during the war. Is it worth preserving even at the darkest times? Or maybe when we’re pushed to our limits, when death and starvation are omnipresent – we change our perception of art and culture? And despite the artistic value – paintings, sculptures, and rare books – become mere tools of survival. Just because by destroying them we can postpone our own demise. Is this cost justifiable? Players will have to face those dilemmas for themselves.“

This War of Mine: Stories – Fading Embers key features:

Fading Embers is out now on Steam, GOG, Humble Store and Mac Appstore for $3.99. The new DLC is part of the Season Pass to This War of Mine: Stories

Welcome to the Warm Embrace of The Church in the Darkness