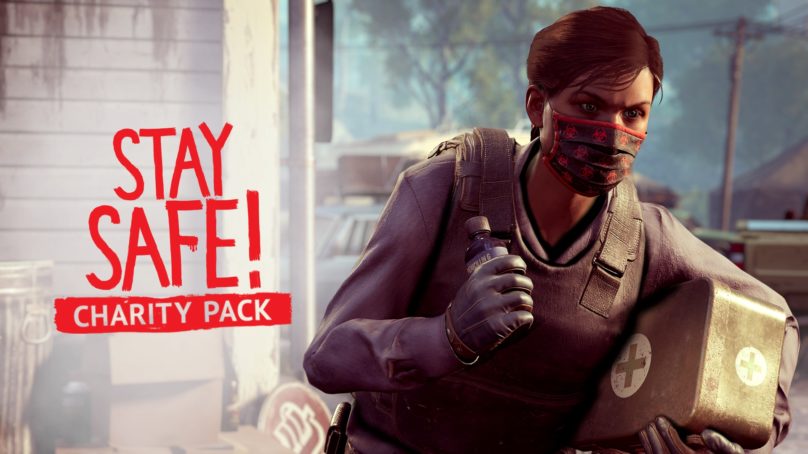 Outlanders can contribute to a good cause through an in-game purchase.

April 15th, 2020 – Times are rough as the world fights to stay safe and keep from spreading COVID-19. The gaming industry has rallied to the cause in many different ways and the developers behind Vigor are working with their players to do their part. Below is a message from Bohemia Interactive.

Our Outlanders already know how to survive in post-war Norway, but the situation in real life has caused the world to adapt in a similar way. At Bohemia Interactive, we wanted a way to quickly and effectively help the brave people fighting on the front line. In response, we’ve developed the“Stay Safe Charity Pack” for Vigor, which will be available from April 10th for a limited time.

All profits will be donated to the University Hospital Brno, the biggest hospital in the city in Prague where our team is located, which was repeatedly hit by hacker attacks while facing the threats of the COVID-19 virus. The money will go to support the heroes who fight for the health and well-being of all of us.

While the gaming community is taking part in saving the world already with everyone is staying safely at home enjoying their favorite games, we believe the community want to help even more. Everyone who buys the pack will get a unique face-mask in Vigor to show their solidarity.

You can help as well! Vigor is a looter-shooter game for Xbox One and we will also be coming to Nintendo Switch later this year. By buying our Stay Safe Charity Pack you will not only help the ones already in need, you will also join an amazing community of players currently going through the same hardships as you — our Outlanders. We are all in this together.

In a world devastated by the fallout of the last great war, Norway has become the last great bastion of humanity now known as Outlanders. You must survive as one of the only living remnants of a world in tatters — Fight, loot, maintain your shelter, and play smart to survive your new hostile landscape.

Vigor is an online, third-person, multiplayer, shoot-and-loot game exclusive for Xbox One with unpredictable challenges to overcome as you compete with fellow Outlanders for precious resources. Take on (or work with) other player, loot for resources, battle for airdrops, and escape to the safety of your Shelter, where you’ll build improvements and level up before stepping back into the battlefield.

Catch ’em All: Desperados III is Getting a 5-Figurine Collector’s Edition With Music Box and Season Pass