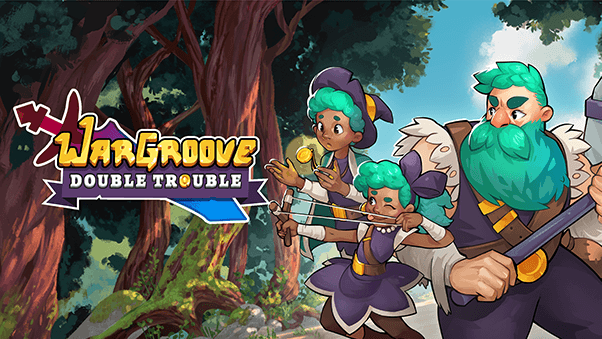 An exciting addition to this release, is also the very much anticipated inclusion of cross-play support between all platforms, including PS4, Nintendo Switch, Xbox One and PC. This means that no matter what platform Wargroove players choose to battle on, they can enjoy competitive and cooperative multiplayer games, as well as share community-made maps online with friends. Wargroove: Double Trouble also features a new public and private lobby system for PS4 players, making it quicker and easier to get stuck into an online match, no matter your platform of choice!

“We’re very happy to finally complete our vision of one big happy Wargroove community as PS4 Wargroove players can now play with those on Nintendo Switch, Xbox One, and PC! From the very beginning, we knew that the multiplayer aspect of Wargroove was a huge part of the experience, and that it made the game very suitable for cross-play amongst all platforms.

This became even more important with the release of Double Trouble and its co-op campaign, and we felt that it wouldn’t be right to bring it to the platform without cross-play support. Our thanks to the Blitworks team who has been working on bringing the DLC to PS4. Thanks for your patience, and hope you’ll have fun!”

Grab a fellow ruffian, set up your Hideout and take on Wargroove: Double Trouble. Designed with co-op play in mind, this expansion adds a new story campaign that introduces Outlaw Commanders; the mighty Wulfar, troublemaker twins Errol and Orla, as well as the maleficent Vesper.

After an unexpected kidnapping and some severe ransom demands, your group of rogues have no choice but to perform the biggest heist that Aurania has ever seen – plundering riches from the Imperial Palace of Heavensong, Stone Mountain Fort of Felheim, the Celandine Vault of Cherrystone and the Floran’s Iron Roots reserves. But do you have the chops to get the job done?

It won’t be easy, but at least you’ll have two new units at your command – Thieves and Riflemen! Take tactical advantage of these new recruits, sending forth your Thief to ransack enemy gold and carefully position your Rifleman to take out enemy troops.

The DLC will be launching at the same time as an upcoming patch which will also include balance adjustments to a number of units and Commanders.

Wargroove: Double Trouble is available now for free on PC, Nintendo Switch and Xbox One. Players of those platforms should also expect a small update patch on Tuesday August 4th.

Wargroove is a strategy game for up to 4 players! Choose your Commander and wage turn-based war on battling factions. Design and share maps, cut-scenes and campaigns with easy-to-use editors and in-depth customization tools!

Wargroove initially launched on February 1st 2019 to critical acclaim, has been localised into 11 languages and is now available across PC, Nintendo Switch, Xbox One and PlayStation 4 for USD $19.99, EUR 16,99€ and GBP £15.99.

A physical version of the game, Wargroove Deluxe Edition, is also now available online and in your favourite game stores. The boxed copy includes a downloadable OST, Commander sprite sticker sheet, a poster map of Aurania, a mini strategy manual and reversible cover-sheet.