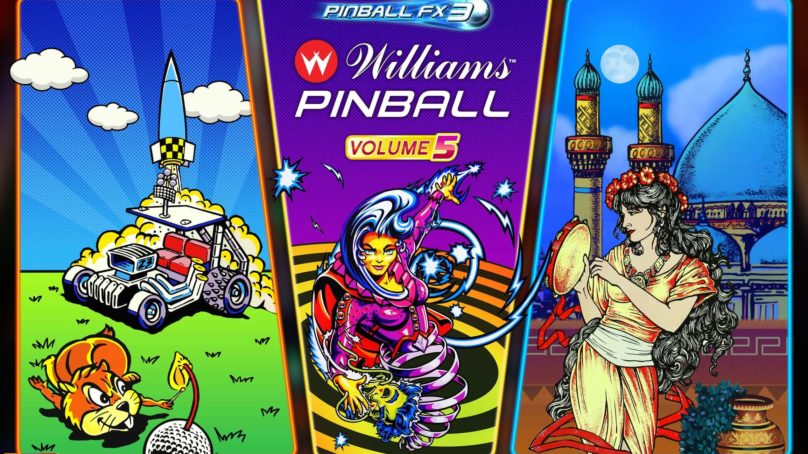 Experience the greatest story the world has ever known in Tales of the Arabian Nights™ as players fight to save the Sultan’s only daughter imprisoned by an evil Genie. Explore the majestic city of wonders, full of flying carpets, caves of gold and a trapped Genie waiting for someone to brush the dirt off his golden lamp.

Unlike any circus you’ve ever seen, Cirqus Voltaire™ will dazzle and delight players with jugglers, acrobats, side shows and brilliant colors. Battle the crazed ringmaster as he pops up to capture your ball, hit the oversized ball in the Menagerie, and fire the cannon for Cirqus Luck on the back-glass in this high voltage, high stakes, action-packed table.

In No Good Gofers™, it’s man vs. gofer in a knock-down, drag-out, winner-takes-all game of golf! Try to shoot nine holes while you battle the pesky gofers Buzz and Bud as they do their best to ruin your game. Players can get back at the cheeky varmints by hitting them with their pinball as they pop up to critique your golf swing.

These Williams tables will be available as both classic simulations and re-mastered versions, transforming them into modern-day pinball experiences with enhanced features at the toggle of a button. Williams™ Pinball: Volume 5 also includes Zen’s flipper physics system which  further perfects gameplay.

They Are Billions Campaign launches Today on PS4 & Xbox One with revamped controls!