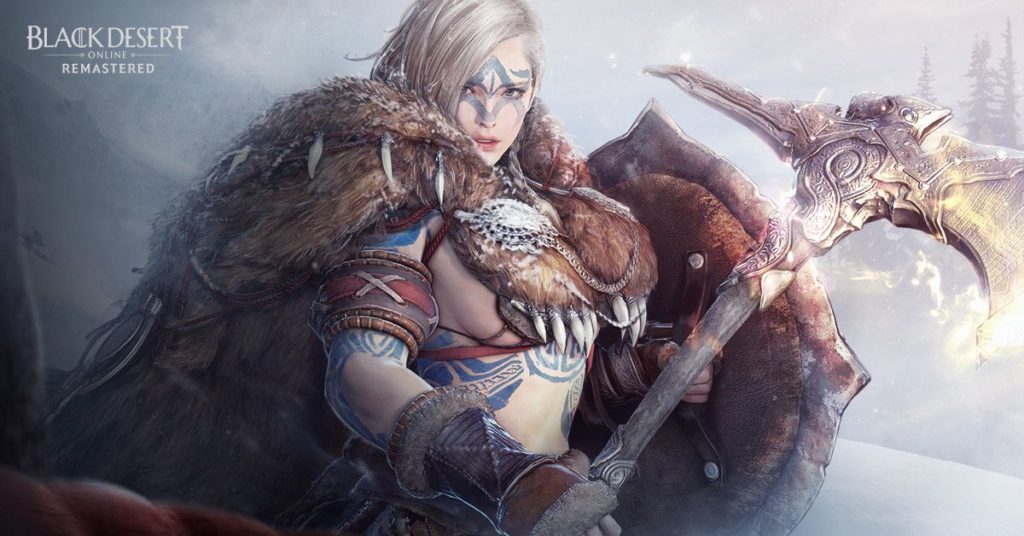 Guardian pre-registration will start on December 24. The Musa and Maehwa classes receive their Succession skills.

Amsterdam, The Netherlands — December 18, 2019 — Pearl Abyssand Kakao Games are releasing the 19th class for their hit-MMORPG. The Guardian is a new combatant stepping into the limelight and will be available on January 22nd with pre-registration being available on December 24.

The Guardian is a female combatant from the mountains who follows the will of the ancient dragon Omua. This hardened warrior must wade through the turmoil of her fragmented memories and willingly made a pact with the Black Spirit in search of Ynix, the holy flame that could kill even the gods…

The Guardian wields a battleaxe and shield and uses heavy melee attacks to suppress her enemies. She charges enemies and grabs them by the neck to smash them with her shield as her axe mercilessly hacks away at her foes. She is the bastion of the battlefield and strikes with perfectly calculated blows to fend off all who dare oppose her. The Guardian uses a variety of skills to control the ebb and flow of the battlefield with wide and powerful strikes of her axe and shield. Some of her most noteworthy skills are:

[Mountain Slam]: The Guardian smashes the ground, causing tremors that deal damage to foes around her.

[Black Blood Circle]: The Guardian draws the forces of the earth into her axe to create a circle around her, enemies can enter this circle at their own peril…

[Mutilation]: The Guardian charges energy and sweep the foes in front of her of their feet with her battleaxe.

[Black Blood Slaughter]: The Guardian releases the charged energy from [Mutilation] with a powerful blast that deals a high amount of damage.

This week also saw another pair of classes receive their Succession skills. The agile Musa and the graceful Maehwa are received these new skills following the Warrior, Ranger, Tamer, and Valkyrie that already received their new skills. By giving up the versatility of their Awakening skills, players can choose to specialize in Succession skills which give them powerful versions of the of their main-weapon skills that they start the game with. Players can unlock their Succession skills at level 56 by accepting a quest from their Black Spirit companion.

The Musa and Maehwa Succession are now available for players of Black Desert Online. The new Guardian class will be available for pre-registration starting next week, pre-registering the Guardian yields extra in-game rewards. Players can start their adventure by signing up for the 7-day free trial via the Black Desert Online official website, where they can also learn more about the holiday event and Succession skills.

PrevBackCan You Pet the Dog in Stronghold: Warlords? Over 80 Community Questions Answered in New Q&A Video!
NextEVERSPACE 2 Prototype released to backers alongside new forum and concept artNext
Back to Home Page