Alaloth – Champions of The Four Kingdoms is coming to PAX East with new content! Experience the adventure in Boston!

Can You Pet the Dog in Stronghold: Warlords? Over 80 Community Questions Answered in New Q&A Video! 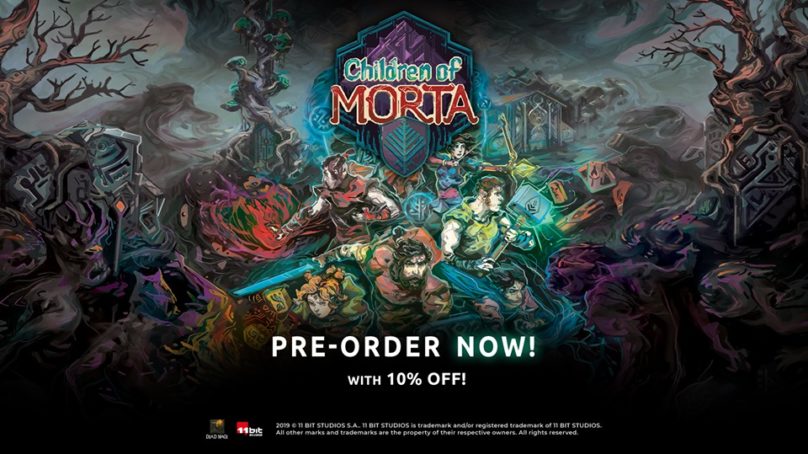 Warsaw, June 19, 2019 – 11 bit studios is proud to announce a Steam free preview event for Children of Morta starting on June 19th at 5pm CEST/8am PDT running until June 22nd. For a limited time, lasting only 72 hours, players will be able to experiencethis highly anticipated, story-driven, action RPG from developer Dead Mage and publisher 11 bit studios as they get a taste of things to come.

Running concurrently with the start of the free preview, pre-order sales begin on Steam with a 10% discount in addition to access to the soundtrack at launch. Children of Morta is set to release this summer for Xbox One, Nintendo Switch, PlayStation 4, and PC.

“We’re excited to give the community a taste of Children of Morta. We’re confident about the game’s development and are certain that, once people try it during the free weekend, they’ll be hooked. Even though it’s still in development, it already looks fantastic and is a title we’re proud of. With the additional time until launch for polish, we’re confident that this is going to leave an impact on everyone that gives it a shot,” says Marek Ziemak, Executive Producer at 11 bit studios.

Join an extraordinary family as they battle a mysterious and deadly corruption that threatens to engulf their homeland – the guardians of Mount Morta must stand firm against an ancient evil or lose all they hold dear.

In the preview demo, players will uncover the first chapter of the game’s story and be introduced to two of the family members – father, John, and his eldest daughter, Linda. The pre-release demo covers the story’s introduction, gives insight on gameplay, and hits its climax that sees players take on the first boss of the game.