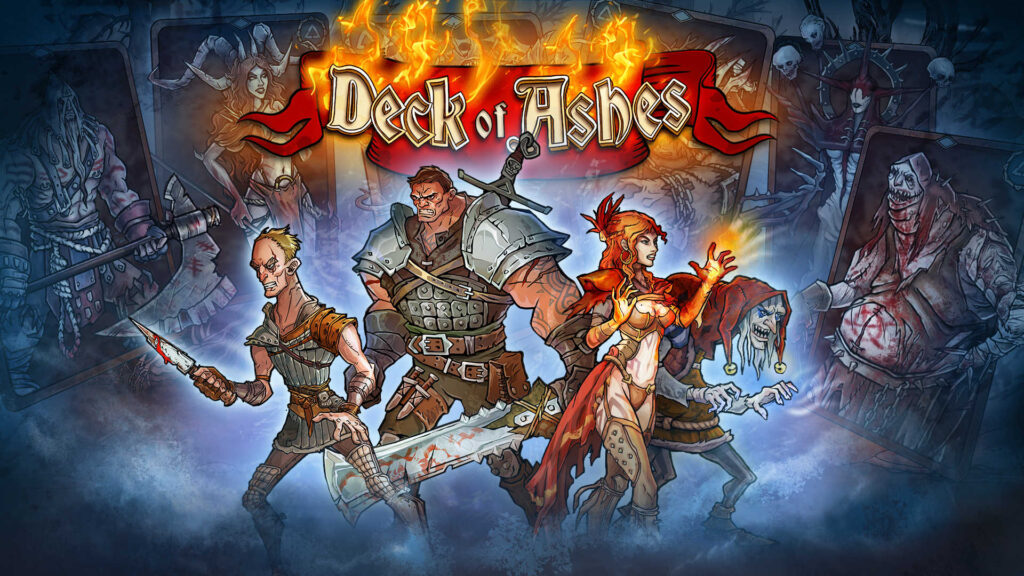 Saint-Petersburg, Russia – May 19th, 2020 – Action-adventure tactical card game Deck of Ashes is releasing on Windows and macOS on June 9th, 2020, after two and a half years in development. The game takes place in a cursed land filled with abominations that you must defeat in combat using unique cards that you collect and craft throughout your journey.

Deck of Ashes is an adventure game with tactical card combat. One character at a time, you lead the cast of antiheroes on a quest for redemption, exploring the eerie world and hunting-down powerful cards. The game has survival and RPG elements that compel players to command their journey, choosing where to go, which resource to collect, which risk to take, and which card to craft. There are more than 100 cards for each character to explore and combine to build unique play styles.

The game invites you to card-sling your way through the hordes of foes, embarking on an adventure in which danger waits around every corner.

“Deck of Ashes has been in development for two and a half years, and every month since the early access, we have supplemented the game with new content, new characters, monsters, events, balanced,” says Oleg Vasilyev, head of AY Games. “We are sincerely grateful to the players who have supported us, shared their impressions, advice, and recommendations, some of which we managed to implement in the Deck of Ashes. Without your support, it would be much more difficult to work on the game. Now the project is at the finish line, and our whole team hopes that the players will enjoy the full history of our world!”

Deck of Ashes opened Early Access to the game last year, in April, driving thousands of downloads on Steam. Its Early Access saw a tremendously positive reception by the community on Steam with rates above 80% positive approval.

Starting June 9th, Deck of Ashes’ Day 1 Edition will be available on Steam for the first two weeks only at $19,99. It will offer early birds the bombastic pack of exclusive content that includes expanded digital artbook, HD-wallpapers, all existing skins for main characters, and a wholehearted “Thank you” from the Dev team.