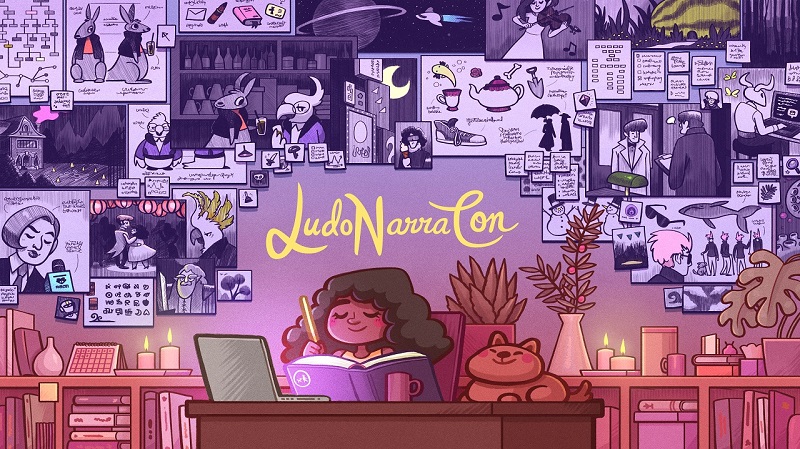 Taking place April 24 thru 27, LudoNarraCon was a smashing success for the Fellow Traveller team and all involved

MELBOURNE, Australia – May 19th, 2020 — Indie games label Fellow Traveller held their 2nd annual LudoNarraCon at the tail end of April, and today they’re beyond happy to report the event was a rousing success. Building on the accomplishments of the 2019 event, LudoNarraCon 2020 aired live on Steam as a global digital festival celebrating narrative video games with a roster of independent games, playable demos, and thoughtful panels featuring many industry veterans.

In 2019 when the inaugural LudoNarraCon took place, Fellow Traveller put stock in the fact that digital events would be the way of the future. It was impossible to predict, but as the number of digital-focused events increases in the wake of the current COVID-19 pandemic, Fellow Traveller was proud to provide one of the foremost opportunities for indie developers to showcase their games to the world. If you missed out on the event, you can catch up on many of the panels on Fellow Traveller’s YouTube channel.

This year’s event saw 940,000 unique attendees direct to the event page, up from 2019’s 850K, with participants seeing approximately 20K visitors each to their individual store pages which is impressive in its own right as LudoNarraCon 2020 featured more than twice the number of exhibitors as last year. Other interesting stats include:

Fellow Traveller plan to build even further on this year’s massive success as they already begin planning LudoNarraCon’s 2021 edition. Spearheaded by a mission to give unique narrative titles from devs and publishers around the world their moment to shine, LudoNarraCon 2021 is sure to impress when it makes its third appearance.

LudoNarraCon is a digital games festival celebrating narrative games and the people that make them. Organised by indie games label, Fellow Traveller, it all takes place on Steam and replicates many of the aspects of physical game conventions such as PAX or Eurogamer Expo.

Here’s how it works:

The Gamer Show 34 mins ago

The Gamer Show 1 day ago