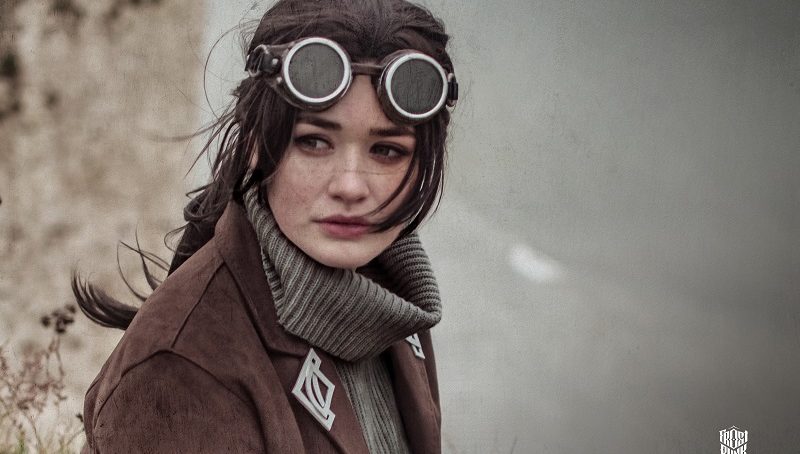 Warsaw, Poland – January 14, 2020 — 11 bit studios unveil a taste of the upcoming Frostpunk: The Last Autumn expansion with photos of the first official Frostpunk cosplay along with a 12-minute gameplay video featuring commentary from project lead, Jakub Stokalski. The Last Autumn DLC, coming to PC on January 21st, broadens the lore of the game and tells a prequel story set before the apocalyptic winter struck. It’s the biggest expansion for the hit city-builder survival sim yet, and to celebrate the release 11 bit studios teamed up with professional cosplayer, Moosefix, to recreate one of the main characters from the Frostpunk universe – Effie MacLachlan.

Effie MacLachlan, a graduate from the illustrious University of Cambridge, was first seen in the recently released The Last Autumn cinematic trailer. Aiming to prove her worth in a world dominated by men by joining the Imperial Exploration Company as Assistant Engineer. Effie is one of the many engineers that has been recently deployed to an unknown location to work on a top-secret project and is controlled by the one and only supreme ruler of the in-game society – the player.

Being the official Blizzard model for Overwatch’s Brigitte, Moosefix is already well known in the gaming community. She’s a big fan of this game, so 11 bit studios felt that she would be a great choice to create first-ever Frostpunk themed cosplay:

“I have spent hundreds of hours of my life playing Frostpunk. The apocalyptic English setting created by the impending global climate really makes me feel at home. Getting to bring 11 bit studios character to life and working with the studio has been an absolute joy and privilege, I can’t thank them enough. Bring on the Last Autumn!” – said Moosefix about the game and studio. The photo session, done on the coast of the United Kingdom which greatly resembles places from the trailer, was held by photographer Tascha Dearing.

In The Last Autumn, players will have a chance to build the greatest marvel of technology — an iconic generator from Frostpunk — that will hopefully save humankind from freezing to death. The Frostpunk Season Pass that was released in August for PCs grants access to all three DLC packs: The Rifts, The Last Autumn, and the unannounced pack codenamed “Project TVADGYCGJR”. If you don’t have the Season Pass, each pack can be bought separately. All expansions will arrive on consoles at a later date.

Frostpunk is the first society survival game. As the ruler of the last city on Earth, it is your duty to manage both its citizens and its infrastructure. What decisions will you make to ensure your society’s survival? What will you do when pushed to breaking point? Who will you become in the process?