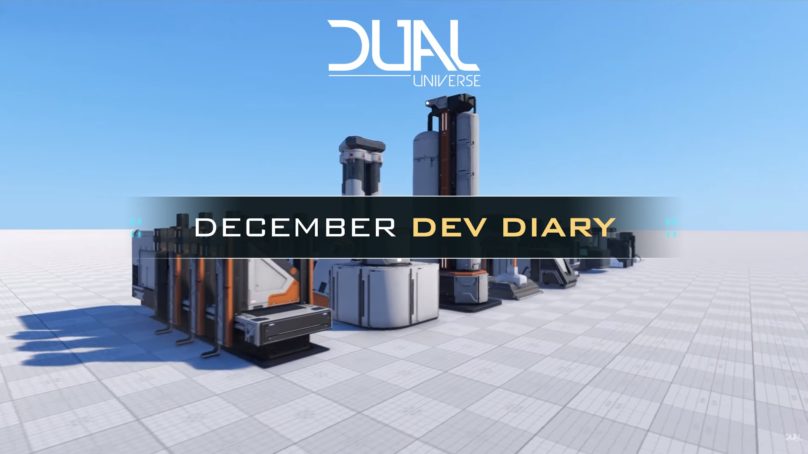 Novaquark, developers of the sci-fi MMO ‘Dual Universe’, have released the latest entry in their ‘Dev Diary’ video series. This latest episode is the second they’ve released in December, and focuses on new gameplay features and updates coming in January 2020’s Alpha 3 release.

The video, which highlights features such as harvesting rocks and trees for basic elements, changes to the piloting system, and an overhaul of the industry mechanic, is a continuation of the first part they released earlier in December. Watch Part 1 of the Dual Universe December Dev Diary series here.

The Novaquark team has recently updated their roadmap, highlighting the next phases of Dual Universe’s development cycle. Along with the new roadmap came two podcasts, including the latest one, released earlier this week, where members of the team answered questions and feedback from the community.

Following the January Alpha 3 release will be two Beta releases, which are scheduled for Summer 2020 and early 2021 respectively.