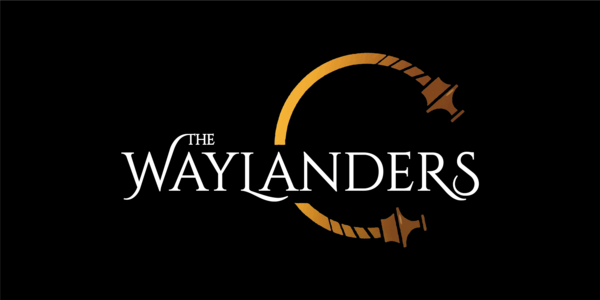 Players creating their character in The Waylanders have six base classes to choose from: Warrior, Guardian, Rogue, Ranger, Sorcerer, and Healer. Each base class will have a variety of specializations available at later levels, giving a wide range of options for multiple playthroughs.

Formations are a new RPG gameplay element introduced in The Waylanders, granting special attacks, abilities, and transformations based on the class makeup of the player character and their accompanying companions. This video also shows just a few of the formation abilities available including the three shown in the video: Golem Transformation, Spear Rush, and Conclave.

In addition to to their class, players can pick their race (Human, Mourian, Half-Formorian, Werewolf) and select from a variety of backgrounds (Celtic Soldier, Celtic Druid, Egyptian, Mourian Diplomat, Mourian Protector, Dogs of Ares Mercenary, Alpha Wolf, and Slave).

See below for a list of class, race, and background descriptions. More information about The Waylanders is available on the game’s website and Steam page.

Strong and reckless, Warriors inflict devastating damage with two heavy weapons. Shunning defense, they are merciless at close range, cutting down their enemies or flinging them across the battlefield. Warriors can also throw their opponents across the field of battle

A selfless defender and champion, Guardians shield their friends in battle. Fighting on the front lines with a sword and shield, they draw the attention of their enemies, exposing vulnerable flanks.

Clever Rogues are masters of trickery, evasion, and assassination. They weaken and confuse their foes before finishing them off with lethal close-range attacks. If you like quiet assassinations, disappearing and reappearing at will, or just stabbing things, you’ll want to try this class.

Mysterious and powerful, Sorcerers wreak magickal havoc across the battlefield. Reality is a sorcerer’s plaything, and they can bend it to teleport in and out of battle at will. Use lethal spells on individual enemies, cast incantations that cause havoc across large swaths of the battlefield, and bend reality to get yourself out of the way of attacking enemies.

Healers call upon the aid of the spirits of the earth in order to provide your companions with defensive or offensive buffs, or use those same spirits to debuff your enemies. The Healer is the beating heart of any party.

Humans are the most common and diverse race in Brigantia. The Celts are the main human race represented in The Waylanders, but as the seat of a thriving empire with trade routes that extend well beyond the continent of Europe, Brigantia has always been home to people of many different beliefs, nationalities, races, and ethnicities.

The Mourians are an immortal race with dark skin, golden eyes, and a penchant for both fate-based magicks and intellectual pursuits. After centuries living amongst humans and other surface-dwellers, most Mourians have grown tired of mortal affairs, and have developed thriving communities of their own in the Underworld and the Medulas.

Descendants of the god Lug, werewolves do not transform humans with a bite, or change shape with the phases of the moon. Some appear almost human with lupine characteristics. Some are indistinguishable from wolves, but with human intelligence. The majority, however, are fearsome half-human beasts, ferocious in battle, and dangerous foes.

The Fomorians are a race of monstrous immortal giants who once ruled Ireland. When the Tuatha came to power, they banished the Fomorians to a small corner of the Mourian Underworld. The Fomorians have been in exile for thousands of years, biding their time until they have an opportunity to retake their ancestral home. Half-Fomorians are the offspring of these titans: less monstrous in appearance, but just as fearsome.

PrevBackFly Punch Boom! gets release date, coming 28th May to Switch and PC
NextRed Wings: Aces of the Sky Sets Sights on May 21st Switch LaunchNext
Back to Home Page