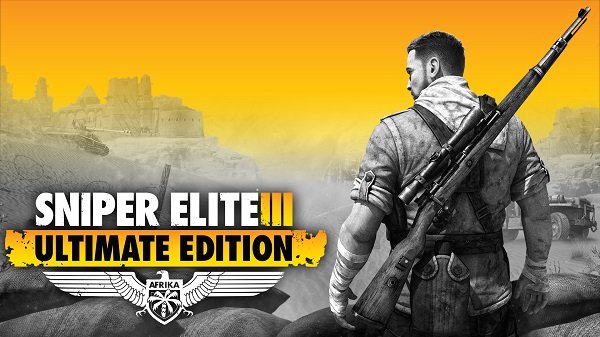 Oxford, October 1st, 2019 – Sniper Elite 3 Ultimate Edition has blitzed onto Nintendo Switch! Fans can now purchase and play Rebellion’s award-winning tactical shooter, available both on the Nintendo eShop and as a boxed edition.

To celebrate the launch, Rebellion has released a brand new trailer showcasing the game’s thrilling gameplay on the Nintendo Switch!

Sniper Elite 3 Ultimate Edition is the comprehensive collection of OSS agent Karl Fairburne’s assignments in North Africa, 1942. In addition to the intense story campaign, Sniper Elite 3: Ultimate Edition features all of the additional content ever released for the game! That includes four extra campaign levels in which you’ll have to singlehandedly prevent the murder of Churchill and covertly assassinate the Führer in a breathtaking mission that can be completed in multiple ways!

In addition to the base game, Sniper Elite 3 Ultimate Edition on Nintendo Switch includes:

·        The SAVE CHURCHILL additional mini-campaign, split across three thrilling missions

• PRO CONTROLLER SUPPORT – Take your levels of precision sniping up a notch!

Sniper Elite 3 Ultimate Edition takes you across oases, canyons and sand-swept cities in a deadly rush to sabotage a Nazi super weapon. Use devastating traps and melee takedowns to take out your targets stealthily. Hone your sharpshooting by mastering gravity, wind and even your heart rate. Watch your bullets rip through organs, bones and even vehicles in the trademark X-Ray Kill Cam.

The Gamer Show 4 weeks ago