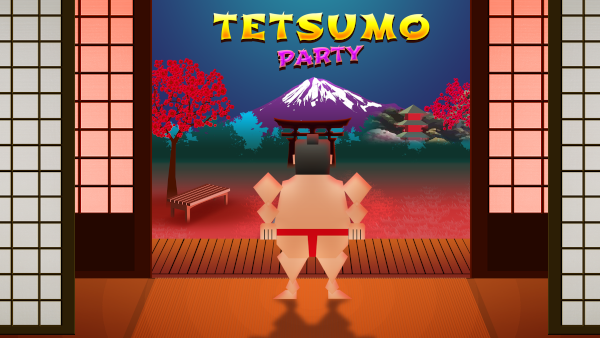 Tetsumo Party is coming to Switch, PS4, Xbox One and PC on 26th of July!

Take your reflexes to the next level in the one and only unconventional contest inspired by Japanese TV shows!

Tetsumo Part is a 1-4 player couch co-op party game coming to Steam, Xbox One, PlayStation 4 and Nintendo Switch. We are happy to inform you that the game is going to be released on the 26th of July 2019!

Control each limb of the sumo wrestler independently while trying to fit into the weird shapes cut into a bamboo wall. You have only a few seconds to stand on your left leg, raise your right hand and… no, I mean raise both hands and make a twi… OUCH.

Maybe next time! We can’t promise it will be easier though. Because it won’t. Your attention will be distracted by NPCs and grabbing power-ups, such as waiters bringing you food and drinks.

Fight against the CPU or play with 2-8 players in a crazy co-op battle, unlock new characters (did I just hear someone screaming “Ninja!”?) and venues, all while becoming the ultimate Tetsumo Party expert. Because life is all about fitting into this damn bamboo wall, isn’t it?