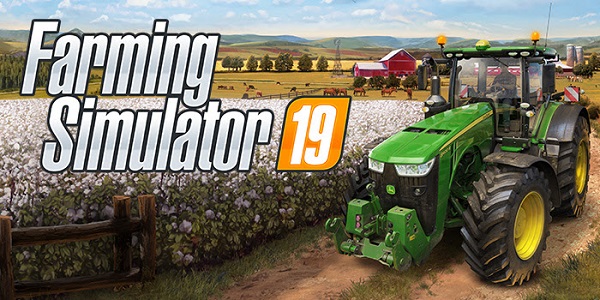 The Farming Simulator League game mode, the official version of the competitive scene for Farming Simulator 19, has just released as part of a free update to the game. Two new tutorial videos, an introduction to the mode and an introduction to the league as a whole, take you through everything you need to know to compete and become the greatest farmer the world has ever seen!

Players will need to register their teams of three on the official website, then download the mode to play and test it. GIANTS Software are eagerly awaiting feedback from the most competitive Farming Simulator players out there, so the mode can be continuously updated ahead of the debut full-scale tournament at FarmCon 19, July 27 & 28.

GIANTS is greatly looking forward to seeing how players react to and enjoy this new mode as Farming Simulator enters the e-sports scene in earnest. The number one priority heading into FarmCon will be balancing and taking feedback on the mode through our official forums (English, German, French), with constant communication between the studio and players.


More information for registration and downloading the free mode here.

The multi-million-selling franchise takes a giant leap forward for 2018 – the ultimate farming simulation returns this year with a complete overhaul of the graphics engine, offering the most striking and immersive visuals and effects, along with the deepest and most complete farming experience ever on consoles and PC.

Farming Simulator 19 takes the biggest step forward yet with the franchise’s most extensive vehicle roster ever! You’ll take control of vehicles and machines faithfully recreated from all the leading brands in the industry, including for the first time John Deere, the largest agriculture machinery company in the world, Case IH, New Holland, Challenger, Fendt, Massey Ferguson, Valtra, Krone, Deutz-Fahr and many more.

Farming Simulator 19 will feature new American and European environments in which to develop and expand your farm and will introduce many exciting new farming activities, including new machinery and crops with cotton and oat! Tend to your livestock of pigs, cows, sheep, and chickens – or ride your horses for the first time, letting you explore in a brand-new way the vast land around your farm.

Farming Simulator 19 is the richest and most complete farming experience ever made for consoles and PCs, releasing at the end of the year!