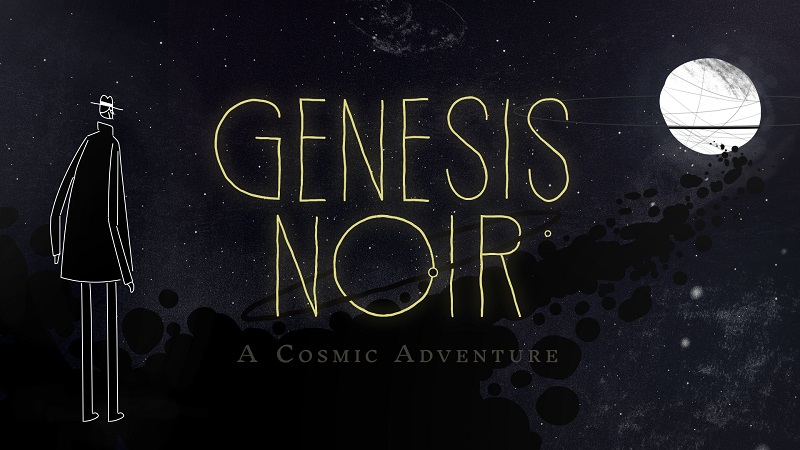 The Universe of Genesis Noir Expands to Xbox One!

The cosmic tale of jazz, a mysterious love affair and the Big Bang comes to PC and Xbox One in 2020

Melbourne, Australia, August 13, 2019 — Fellow Traveller and Feral Cat Den are proud to announce that Genesis Noir, their upcoming game of romance, black holes and jazz music, will be coming to Xbox One, as well as the already announced PC, in 2020!

To herald the announce of the Xbox One version, the development team at Feral Cat Den wrote about the influence music and New York City have had on the creation of the game. Check out what they have to say:

Genesis Noir is an adventure game that takes place before, during, and after The Big Bang. A cosmic gunshot expands towards the heart of a god and you must explore the universe, seeking clues on how creation might be undone. The Big Bang has been getting ever larger and we’re excited to announce that it will expand all the way to the Xbox!

We’re a tiny studio comprised of 2 dudes in NYC, a handful of freelance pals, and some great musicians in London who’ve dreamed of exploring strange worlds and sharing them with others. I think seeing how far we’ve come, it’d be nice to take a moment and share some experiences that started us on the path to creating this noir adventure. If you’ll indulge some pulpy storytelling, I’d like to tell you a little about busking and game development and how 10 years of living in the heart of NYC has brought Genesis Noir to life.

This musician you encounter is an amalgamation of the buskers New York is full of. They embody the musicians of incredible talent whose art stays with you, but also are inspired by plenty of performers with questionable talent.

When I first moved here, I happened upon a saxophonist practicing in a parking lot beside the polluted Gowanus canal. His woozy music echoed down a long and low tunnel that I happened to be canoeing through on an ecological tour. His drunken practicing reverberated around me, creating the disorienting soundtrack to explore an urban wasteland. I’ll never forget my unbearable curiosity to discover if the fumes from the oil slicked waters were causing auditory hallucinations as we journeyed down that tunnel. His playing, while not exactly ready for Carnegie Hall, was perfectly suited to that moment.

I have even encountered a musician as I walked across the Williamsburg bridge at 4 am – a time that even the city that never sleeps exists in a liminal state between the conscious and unconscious. The bridge was empty except for a single figure in the distance who, as I approached resolved into a clarinet player standing high above the city, practicing his craft. His playing drowned out by the traffic, I nevertheless attempted to give him a friendly nod. Phantom-like, he did not acknowledge my presence.

Practicing musicians are now my favorite thing to discover in New York. Like a rare collectible, they are hidden in strange spots, at strange times.

These experiences have inspired lonely urban settings in Genesis Noir. Pre-dawn skylines coalesced into abstract squares and moments of delight hidden amidst chaos.

More broadly, these encounters with the city’s buskers have taught me lessons such as the value of mystery, of letting stories hang unresolved. Of setting up desire and after hope has vanished, providing resolution.

They’ve taught me the theatricality of confined spaces and the anticipation of a reveal. That funneled into a linear path after exploring an open area can be tremendously rewarding with the addition of a simple soundtrack or focal point.

There are many lessons that NYC and it’s musicians have taught me and the whole team working on Genesis Noir. Our aim is to synthesize these experiences into a little nugget of noir-y goodness that we hope you’ll enjoy!

Monkey King Hero is Back